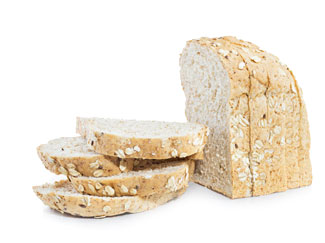 Find out if you are at risk - get tested

How is Celiac Disease Diagnosed?

The diagnosis of celiac disease is a complicated process due to the variation in symptoms between individuals. Initial screening is done based on symptoms and blood tests. These blood tests can determine if a person has increased levels of several antibodies, including IgA-human tissue transglutaminase (TTG), IgA-endomysial antibody (EMA), anti-deaminated gliadin-related antibodies (a-DGP) and anti-gliadin antibody (AGA). Each of these is detected during an immune response to gluten. The blood tests are also useful to analyze blood iron levels and it may be necessary to determine if there is an IgA deficiency, which can lead to a false negative result. These blood tests have a 90% accuracy but the accuracy is lower in young children and patients must be consuming gluten at the time that the blood sample is taken. Laboratory screening can also be used to identify other abnormalities that occur in celiac patients including low albumin, high alkaline phosphatase, low cholesterol, altered liver enzymes and abnormal blood clotting. After the screening step, a biopsy from the small intestine is necessary to identify the damage to the intestine and confirm the diagnosis.

Genetic screening is another useful step in diagnosing celiac disease. This procedure has the advantage that the patient does not need to be consuming gluten at the time that the DNA sample is taken. Nearly 100% of celiac-affected individuals carry one or more of the celiac associated HLA alleles (HLA-DQA1*05, HLA-DQB1*02, HLA-DQB1*0302). However, only a subset of people carrying these alleles develop celiac disease so this genetic test must be used in combination with other analyses (symptoms and blood IgA levels). Genetic screening is very useful to rule out those people that are gluten sensitive but not celiac. Gluten sensitive people may suffer similar symptoms to celiac-affected people, but often it is just temporary and the consumption of gluten is not initiating the same immune response or causing any intestinal damage.